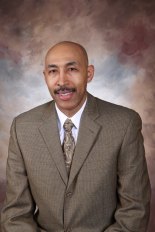 Dr. Frank Patton
Dr. Patton graduated in 1982 from the University of Michigan with a Bachelor of Sciences degree in biology and then attended the University of Michigan Medical School where he received a doctorate in medicine (M.D.). In 1987, he completed an internship in surgery at St. Joseph's Mercy Hospital in Ann Arbor Michigan. From 1987 until 1990, he trained in an anesthesiology residency program at State University of New York at Stonybrook. During his training, he subspecialized in cardiothoracic anesthesiology and chronic pain management. He is a distinguished recipient of the Robert Dripps, M.D. Award. Following completion of his residency, he was appointed as a Assistant Professor in the department of anesthesiology at the State University of New York at Stonybrook. He wrote one of the chapters in the anesthesia textbook, Pharmacology of Therapeutic Agents used in Anesthesia. He is board certified by the American Board of Anesthesiology. He is on the board of directors at Piedmont Rockdale Hospital. Dr. Patton has been practicing anesthesia with Rockdale Anesthesia Services, P.C. since 1991 at Piedmont Rockdale Hospital in Conyers, Georgia. 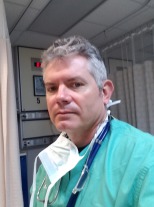 Dr. John Bowden
Dr. Bowden attended the University of Georgia in Athens Georgia where he graduated cum laude with a Bachelor of Science degree in Biochemistry and Chemistry in 1983. In 1984, he attended the Medical College of Georgia in Augusta, Georgia where he was elected to the Alpha Omega Alpha Honor Society and graduated with honors in 1988 as a Doctor of Medicine (M.D.). In 1989, he completed a surgical internship as a categorical orthopedic intern with the University of Tennessee at Chattanooga at Baroness Erlanger Hospital in Chattanooga, Tennessee. His anesthesiology training began at the Medical College of Georgia in 1989. During his final year of residency, he was the chief resident of the anesthesiology department at the Medical College of Georgia. In 1991, he was elected as a FAER research scholar. In 1992, he was given the Robert Dripps, M.D. award. He has participated in multiple research projects. His subspecialty training includes pain medicine under the supervision of pain guru, Dr. Prithvi Raj, and cardiothoracic anesthesia in conjunction with the Medical Center of Central Georgia in Macon, Georgia. He is active in the Medical Executive Committee at Piedmont Rockdale as well as the Medical Association of Georgia and the East Metro Medical Society. He has been practicing with Rockdale Anesthesia Services since 1992 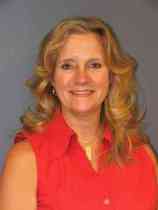 Dr. Gundy Knos
Dr. Knos was born and raised in Bradenton, Florida. She graduated from Florida State University (FSU) with a B.A. degree in 1973 with a double major in Biology and Spanish. She graduated with a M.S. degree from FSU in 1976 with a major in Parasitology. She spent the next 2 years doing research. She received her medical degree from Emory University School of Medicine in 1982. She continued her training at the Emory University Affiliated Hospitals (EUAH) with one year in general surgery residency before continuing on with a residency in anesthesiology. She continued with a year of fellowship training in anesthesiology at EUAH specializing in vascular surgery and ambulatory surgery. She accepted a position as Assistant Professor of Anesthesia at Emory University Clinic in 1987. She continued her research and published many papers in peer reviewed journals. She was Medical Director and Chief Anesthesiologist for the Plastikos Surgery Center from 1995 until 2005. She began practicing with Rockdale Anesthesia Services in December 2005. 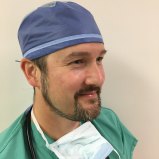 Dr. Erceg received his B.A. and B.S. degrees at Mercer University in Macon, GA prior to moving overseas to Australia.  After completing the graduate medical program at the University of Sydney, he returned stateside and completed a rotating internship at Columbus Regional Medical Center.  Dr. Erceg then matriculated in the anesthesia residency program at Yale New Haven Hospital.  Here he honed his anesthesia skills under pioneers of the field such as Professor Paul Barash. Jan Ehrenwerth, Roberta Hines, and Albert Perrino.  He then pursued fellowship training in chronic pain management at Vanderbilt Univeristy Medical Center.  He remained briefly at Vanderbilt as an assistant professor.  In 2011, Dr. Erceg entered into private practice treating patients with debilitating chronic pain conditions.  He then moved to the greater Atlanta area returning to the practice of anesthesia, and was pleased to join Rockdale Anesthesia Services in 2016.  He enjoys providing anesthesia services at Piedmont’s newest premiere hospital on Atlanta’s east side.
He brings a strong passion of providing safe, effective anesthesia for the residents of Rockdale County and beyond.  He is particularly proficient in regional anesthesia as a means of optimizing post-operative pain control.  He has a long history of medical research with multiple articles as well as authoring chapters in two anesthesia textbooks, Acute Pain Management and Anesthesiology Keywords Review, 1st ed.  He is double board certified in the practice of Anesthesia and Pain Management.  He is a member of the American Society of Anesthesia, Georgia Society of Anesthesia, and the American Society of Regional Anesthesia 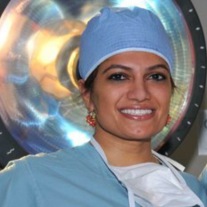 Dr. Sabina Siddiqi
Dr. Siddiqi attended University of Alabama studying Electrical Engineering before attending University of South Alabama Medical School where she earned her M.D. degree. She completed her anesthesiology residency at State University of New York in Buffalo, New York and has had years of experience practicing anesthesia in multiple locations including as an Assistant Professor at UAB School of Medicine. She is board certified by the American Board of Anesthesiology. Dr. Siddiqi is highly proficient in ultrasound guided blocks and is a highly trained practitioner able to provide safe and comfortable anesthesia for all types of surgeries. She has been practicing with Rockdale Anesthesia Services since April 2019 and is a valuable asset to our practice 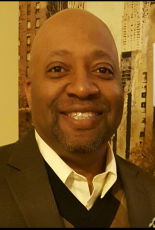 Dr. Selwynn Howard
Dr. Howard graduated as a Phi Beta Kappa from Morehouse College with a Bachelor of Science degree in Biology. He received his medical degree from Howard University in Washington, DC. He completed his internship as a Lieutenant in the U.S. Navy at Naval Hospital Oakland, CA in General Medicine. Later he served 2 years with the U.S. Marine Corps as a General Medical Officer at Camp Pendleton, CA. He completed his residency in Anesthesiology at the George Washington University Medical Center in Washington, D.C., where he completed an Obstetrics anesthesia fellowship. After residency, he served in the department of Anesthesiology as an Adjunct Assistant Professor at George Washington, where he was also a pain physician. Dr. Howard has been practicing with Rockdale Anesthesia Services since 1999. Beginning in 2019, he has begun working as an independent contractor providing as needed coverage for Rockdale Anesthesia Services.